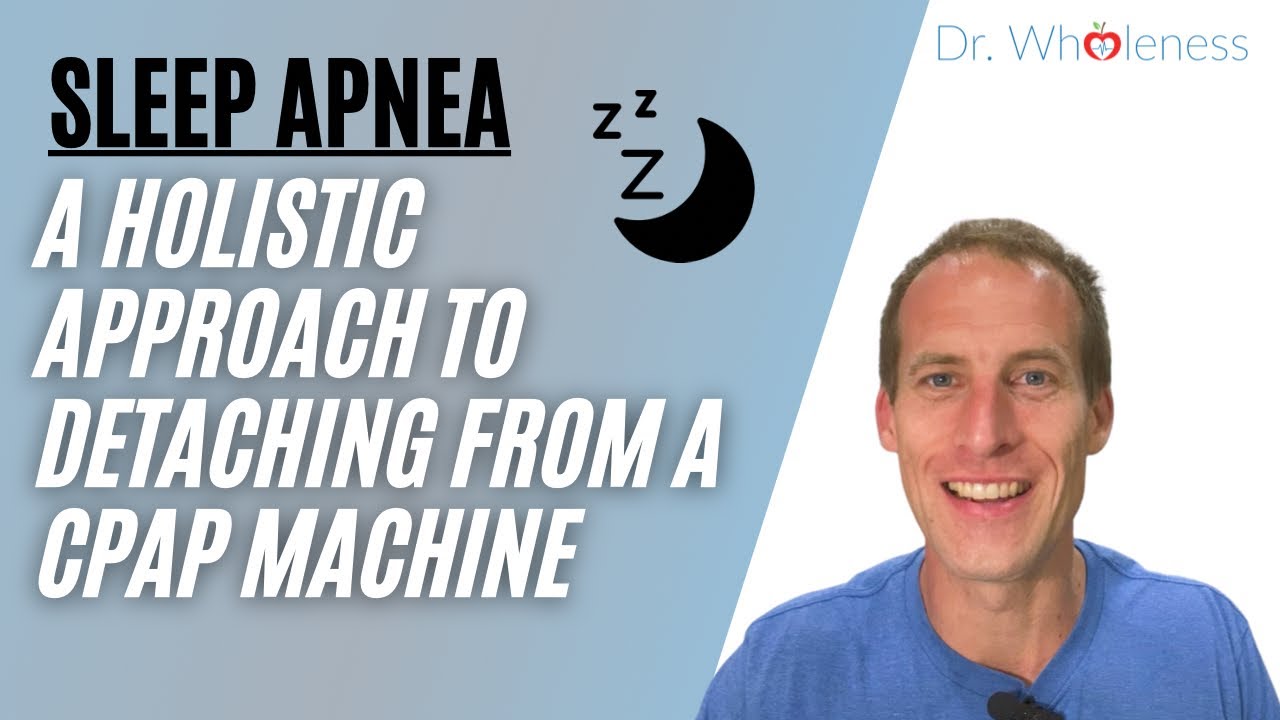 Can sleep apnea be cured and can you detach from a CPAP machine? Sleep is designed to be a state of deep rest and regeneration. Unfortunately, for over 30 million people in the United States, sleep turns into an all out war of trying to clear carbon dioxide and pull air from the outside into the lungs.

As this war we call sleep apnea increases, an individual’s risk of premature death via heart attack increases by 30%.

If you have unexplained fatigue, mood swings, or notice that focus and work productivity are failing, you may be suffering from sleep apnea.

If you have low testosterone, dry mouth, unexplained weight gain, you may have sleep apnea.

Oftentimes when I discuss the possibility of sleep apnea as the driver of a patient’s symptoms they ignore it, because they don’t want to do a sleep study or end up hooked to a CPAP machine every night.

However, we can’t just leave our body deprived of oxygen and overwhelmed with carbon dioxide night after night.

It is safe to say we need better answers and a more holistic approach to sleep disordered breathing and sleep apnea.

So can sleep apnea be cured? How can you become free of your CPAP? (A note of caution: Do not stop using your CPAP without clearing your sleep apnea issues first).

The number one promoter of sleep apnea is excess fat.

And to make matters worse, a state of hypoxia or low oxygen is the hallmark of sleep apnea, driving inflammation even higher. It is a vicious cycle. For inflammation support, check out Glutathione Plus.

The great news, is that inflammation is modifiable by food information, stress response and physical activity.

Around the year 2000, it became widely recognized that muscle actually functions as an endocrine organ as it secretes all manner of anti-inflammatory proteins and generally acts as an immune system modulator.

One of the reasons we know that the benefits of exercise isn’t just about strengthening muscle tissues in the neck is because exercise decreases apnea episodes in patients with central sleep apnea as well as obstructive sleep apnea.

Exercise doesn’t have to be torture, in order to gain benefit, you just need to be consistent and need to do activity that is greater than your current daily activity. When you do that, you are exercising.

Are the following habits and behaviors in place?

What else could be keeping you attached to the CPAP machine?

Are you iron deficient?

Iron deficiency is linked to adenoid and tonsil hypertrophy which can obstruct the airway and produce sleep apnea.

Have you checked your omega-3 to omega-6 ratio?

A standard American diet is loaded with Omega-6 fatty acids, skewing the ratio and increasing the likelihood of sleep apnea.  A low omega-3 index is associated with sleep apnea.

Do you drink alcohol?

Do you drink alcohol in the evening? Nighttime alcohol consumption can increase the likelihood of mouth and throat tissue relaxing  too much leading to obstruction of the airway.

Do you sleep on your back?

Some people’s throat and mouth biomechanics do not permit them to sleep on their back without inducing apnea episodes.  If you think this could be you, consider training yourself to be a side or stomach sleeper.

Do you smoke or have environmental allergies?

Do you have good air flow and low particulates in your home air?  Inflamed upper airways, swollen sinuses restrict the muscles of the respiratory tract and reduce our natural waking response.  This increases the likelihood of more and longer lasting apnea episodes. For help with allergies, check out, Aller Relief and Enviro Protect.

I hope you find something among these breathing opportunities you can put to work for yourself and overcome sleep apnea and have one less piece of luggage to hall around on your travels. For more sleep tips, check out this post, How To Get A Good Night Of Sleep.

Have you dealt with sleep apnea? I’d love to hear about it in the comments below.

Which Came First: the Inflammation or the Sleep Apnea? | Sleep Review (sleepreviewmag.com)

The impact of alcohol on breathing parameters during sleep: A systematic review and meta-analysis – ScienceDirect

Iron deficiency and sleep-related breathing disorders in children with epilepsy | Archives of Disease in Childhood (bmj.com)