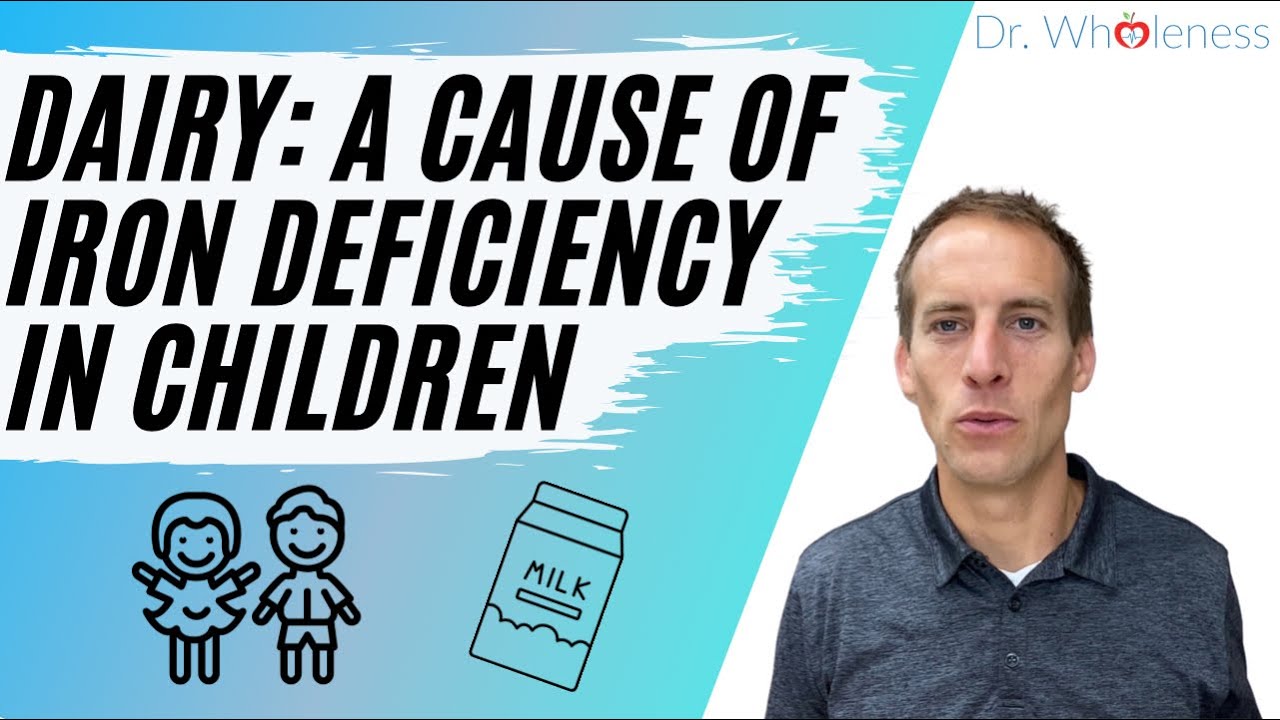 Iron deficiency in children is often overlooked until an event (i.e. seizure, fainting with emotional exacerbation (crying), eating dirt, chronic infections) occur that force a parent to take their child to be evaluated by a doctor.  And even then, many times their primary care doctor will overlook iron deficiency, all the while the child suffers.

Toddlers and children often don’t know any different, so if they’re tired, irritable, whiny, not sleeping well, taking naps, they and their caregiver will often chalk it up to their personality, teething, or a need for more sleep.

Dairy as a potential cause of iron deficiency in children

Many children go from breast milk to cows’ milk, if the mother was low in iron reserves in the womb or during breastfeeding, then her baby will be low in iron as well. Then if the child is given cow dairy and consumes milk consistently, they are at a very high risk of iron depletion.

This is a result of micro trauma in their digestive tract from the cow’s milk. This response occurs in 40% of otherwise healthy infants who consume dairy.

Iron can also be bound up by calcium and casein in the cow’s milk which inhibits absorption of the iron.

This is significant even for toddlers and children who consume red meat, as it is the rare child who can consume enough red meat to make up for the iron loss either from the intestinal micro trauma or the iron binding that occurs with consistent casein and calcium ingestion from milk. And many parents see red meat as a potential choking hazard and wait until their children are older to feed them red meat.

This is reasonable, but if parents cut red meat into thin, bite-size pieces, this will not be an issue. And then of course there’s the convenience factor.  Giving a baby or toddler a bottle of milk is a lot easier than sitting down and feeding them red meat.

Dairy is Low in Iron

The third and maybe most important factor in dairy promoting iron deficiency comes from its very low iron content. Cow’s milk is a whole nutritious, highly satisfying, dense calorie source for growing children.  Unfortunately, in the case of iron, a child will load up on dairy and not have an appetite for other high-iron foods. This is a double whammy.

One cup of cows’ milk contains 300mg of calcium, this is the threshold at which the calcium concentration begins to inhibit iron absorption.

If your child is consuming a glass or bottle of milk at breakfast, lunch, and dinner as well at snack times then there’s a good chance that iron absorption is being blocked.

It’s also worth noting that not all children will have micro trauma from dairy and not all will have excess binding of iron via calcium or casein, and some will have certain genetic variants that permit them to absorb iron more efficiently than other children.

The other issue I want to highlight is febrile seizures and their link to iron deficiency.

A febrile seizure is when a child gets a fever and it spikes quickly inducing a seizure.

I witnessed a febrile seizure with my daughter at 16 months and have helped patients who had children who experienced febrile seizures. These are generally harmless but very scary for those involved.

Getting CBC, Iron and ferritin levels checked is a simple, inexpensive way to ensure low iron is not the cause of a febrile seizure as well as that the amount of cow’s milk your child is consuming is reasonable related to their ability to absorb and utilize iron.

If your child is iron deficient then you’ll want to replenish their levels as quickly as possible.  This will likely require iron supplementation, increasing red meat intake, and greatly reducing cow’s milk intake to less than 16 ounces per day until iron levels are optimized.

There are so many things to consider when trying to raise healthy kids however, a lack of iron doesn’t have to one of them.

Have you or your child experienced iron deficiency? I’d love to hear about it in the comments below.