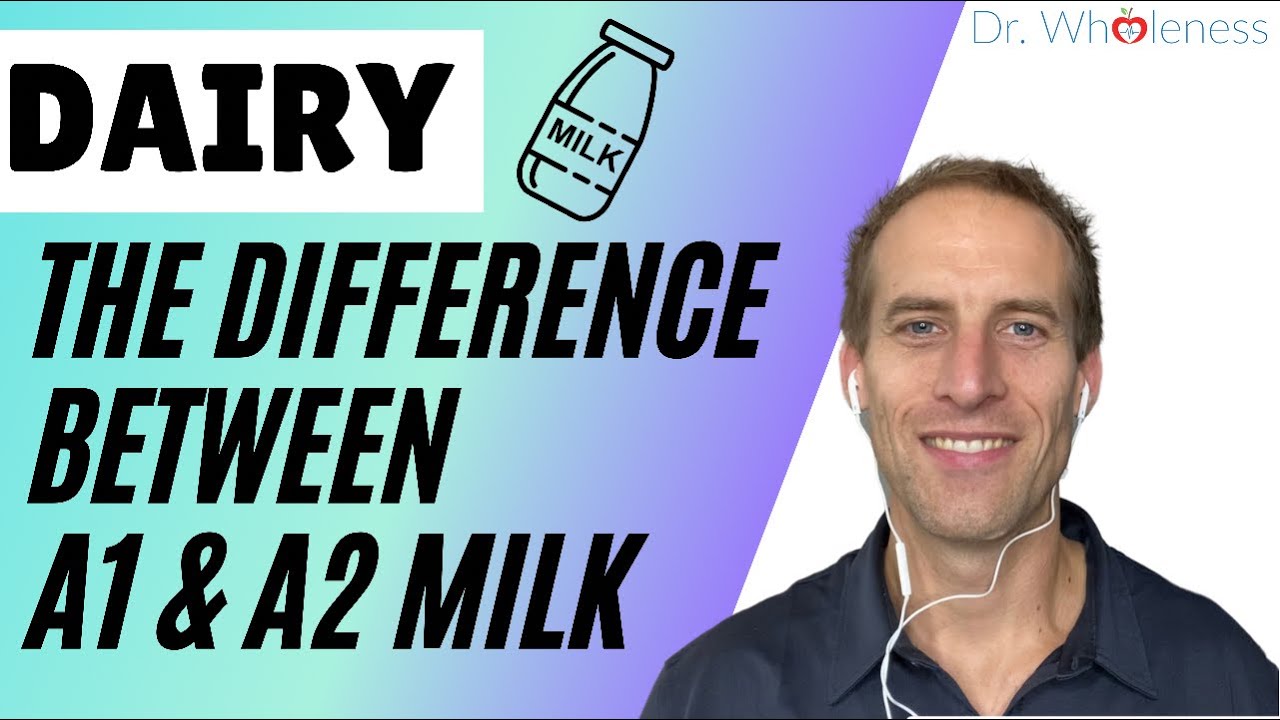 A1 vs A2 milk. What’s the difference? Americans consume 655 pounds on average of dairy per year. That is a lot of dairy. So what kind of milk should we be consuming?

One of the first things we need to do is to determine whether or not the dairy we are consuming is from A1 or A2 beta-casein cows.

Why is A1 milk everywhere?

Beta-Casein makes up about 30% of the protein in cow’s milk but that 30% can make a huge difference in how cow’s milk affects a person. Historically, most cows contained only A2-beta casein in the milk.

However, in grocery stores today, 99% of cow dairy will be from cows that produce A1-beta casein milk.

The reason most cow dairy is of the A1 variety now is because farmers found that the A1 genetic mutation found in cow breeds like Holstein, British Shorthorn, Ayrshire, Friesian produced a lot more milk at a significantly lower cost. Once again money won out, in spite of the potential health downside of A1 milk.

Conversely, milk that is high in A2 beta-casein can be found in breeds like Guernsey, Jersey, Charolais and Limousin.

However, just because you have a jersey cow though doesn’t mean it will be 100% A2.

A study published in 2016 in the Nutrition Journal demonstrated that A1-beta casein was associated with increased gastrointestinal inflammation, constipation, and decreased cognitive processing speed and accuracy compared to those receiving A2 beta casein milk.

A1 milk also down regulates glutathione expression which is the exact opposite of health accumulation. In my recent video on NAC (N-acetyl cysteine) I talked about its ability to raise glutathione levels and the benefits of supporting our master antioxidant glutathione.

In contrast to A1 cow dairy, 100% A2 cow dairy milk actually demonstrated an increase in glutathione concentrations by two fold.

The A2 protein structure is much more comparable to human breast milk, as well as the milk from goats, sheep, and buffalo. That in itself tells us it is likely to be less problematic given that goat, sheep, and buffalo milk are all considered low-allergy foods.

A1 Beta-Casein and BCM-7 peptide

BCM-7 seems to have an irritating effect on humans.

It has been linked to type 1 diabetes, heart disease, autism, and general digestive inflammation.

The younger a child is introduced to A1 dairy and the greater their intake of A1 dairy is, the greater their risk for type 1 diabetes, this is the non-lifestyle induced type, where the immune system attacks the pancreas, decreasing and potentially eliminating its ability to produce insulin.

There are a whole host of genetic and environmental factors associated with type 1 diabetes but given that causal relationship with A1 beta- casein, I think it is well worth reducing or eliminating A1 dairy on a regular basis.

BCM-7, has also been reported to down regulate glutathione expression in human gut epithelial and neuronal cell lines by limiting cysteine uptake.

Of course we have talked about the benefits of N-acetyl cysteine many times for its ability to raise glutathione levels.  So it is not to our benefit to consume something that will slow down our ability to create our master antioxidant glutathione.

I have found that many patients who could not consume cow dairy due to side effects and thought lactose was the problem, could consume goat milk and goat whey without issue.

This suggests lactose was not the issue as lactose is found in goat milk as well, however goat milk is an A2 milk.  Perhaps it was the BCM-7 and not a lactose issue.  Just a thought.

Some food experts suggest that A1 milk could be a causative agent for actually creating lactose intolerance via its inflammatory impact on the digestive tract.

I recommend the following:

Have you experienced any difference between A1 and A2 milk? I’d love to hear about it in the comments below.