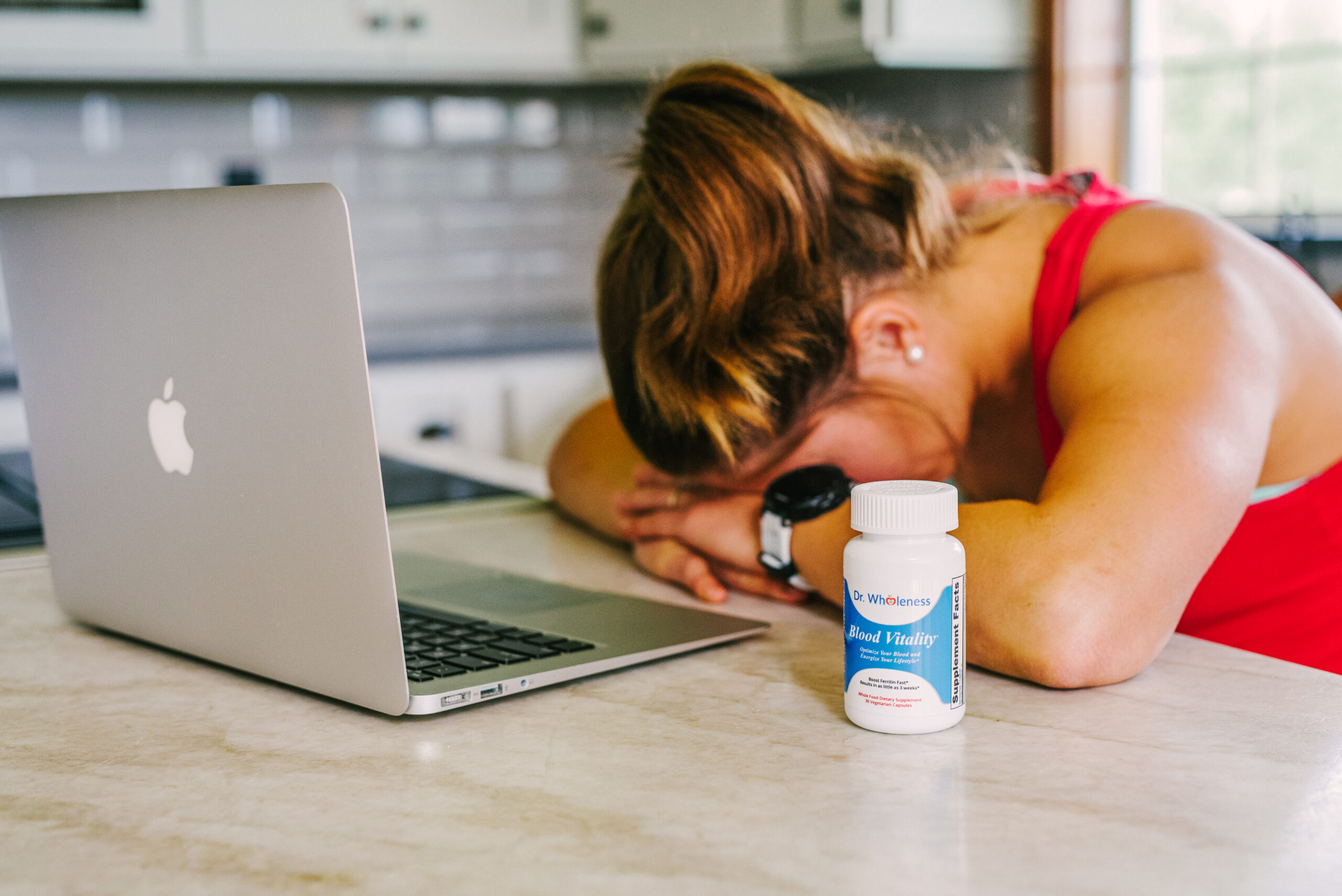 Ferritin is the storage depot for iron. A ferritin below 30 is generally considered iron deficiency.  Most people will feel their best with a ferritin above 70.

Anemia is caused by a lack of hemoglobin.  You will find this on a blood test called a CBC or Complete Blood Count, it is usually the 3rd number down on a CBC test. Hemoglobin is crucial for health as it is a protein charged with transporting oxygen to cells and removing carbon dioxide from the body.

Why iron deficiency is commonly overlooked

Unfortunately, because of this, many patients will go years without receiving proper treatment. They come into their doctor complaining about a litany of symptoms that all sound like iron deficiency anemia but upon running the CBC, the hemoglobin comes back in normal range. Patients are then passed off as depressed or stressed out.

This is an example of a patient who had iron deficiency anemia and upon supplementation with a hydrolyzed whole protein supplement saw her anemia clear up and her ferritin increase over an 8 week time frame.

I would also note that due to SIBO, this patient was anemic and unable to eat more than 3-4 different foods.

She had not tried supplementing with iron in years because the side effects were too great and exacerbated her SIBO symptoms. Thankfully the right type of iron made all the difference and she is experiencing a massive increase in quality of life.

Upon supplementation with iron she saw a dramatic increase in energy and overall well-being and of course an increase in ferritin as well.

The reason you can have all of the symptoms of iron deficiency anemia but your complete blood count demonstrates a normal hemoglobin is because red blood cells turnover every 3-4 months, so even though your iron is low this will not have manifested in the hemoglobin of red blood cells.

Iron is necessary for creating hemoglobin, so as there is less iron available, that slowly trickles down to hemoglobin creation but this may take 6 months to a year for the anemia portion to manifest on a CBC.

Once your hemoglobin shows up low, you have been iron deficient for a significant amount of time.

Please do not lose hope.  There are doctors out there who will listen and will be willing to check off one more box on your lab request to get ferritin checked. For more information on optimizing iron levels, check out this post Iron Infusions: Harmful or Helpful?