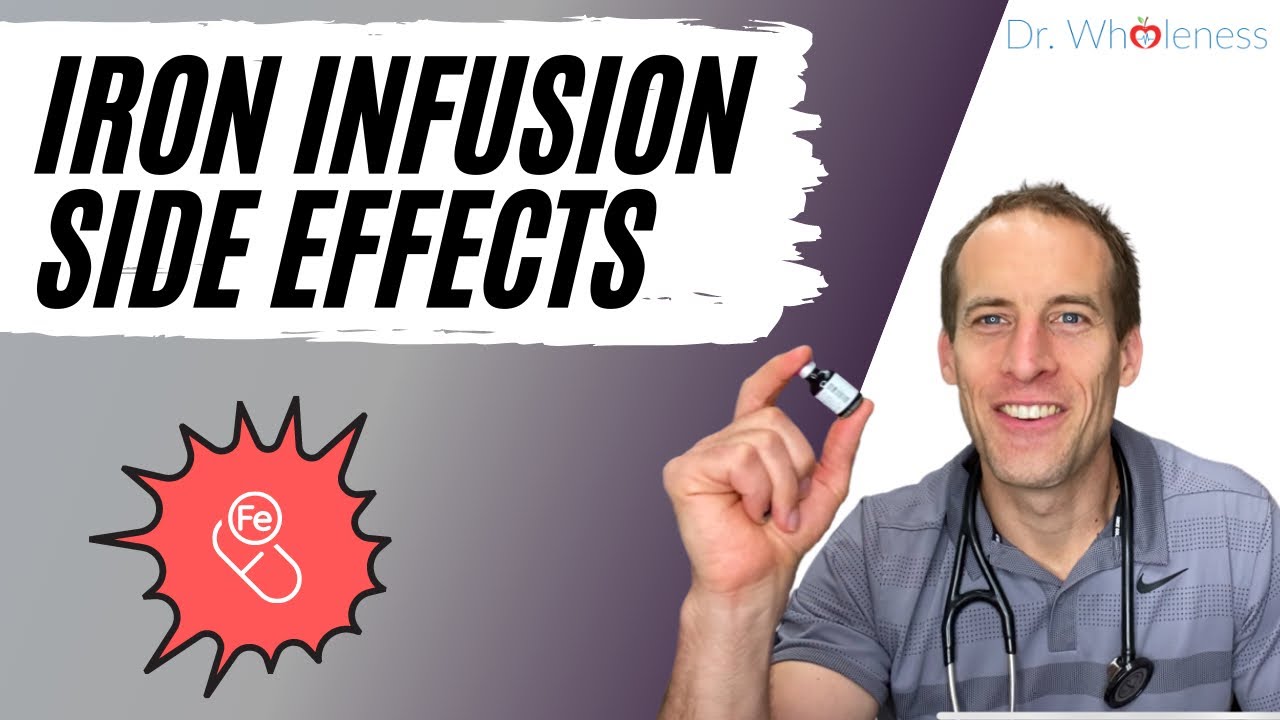 However, I didn’t just stop iron infusions and leave my iron-deficient patients to fend for themselves in the mess that is standard iron supplementation. I found an iron in the form of an oral whole protein iron delivery system that raises iron levels with essentially no side effects, called Blood Vitality.

Sarah was a mom of three, she loved her children and her life, she was super active and loved the outdoors, always hiking in the mountains in Washington state. But one day while she was playing music, Sarah found herself so dizzy that she could barely walk and she had to have her husband come home immediately.

She called our office having heard about us through a friend and when I tested her ferritin levels they were in the single digits.

Sarah was in bad shape and she needed something to help her get back on track in a hurry, but the last time she received an iron infusion it didn’t go well, she got a racing heart and she had an extreme headache that lasted for three days. Unfortunately, she felt worse after the iron infusion than she did with her single digit ferritin levels.

Not only are iron infusions hard on the body but the financial cost of infusions can also be really high. Venofer is the type of iron I used to use with people in my clinic, but it’s expensive and it has a high potential for side effects with short term benefits.

I stopped administering iron infusions at my clinic when I learned of a new and better way to deliver iron. This iron formulation has helped people just like Sarah not only get better in months, but many of them in weeks and sometimes even days.

Sarah started taking Blood Vitality and in just 30 days she saw improvements in her ferritin numbers and her dizziness was gone. This allowed her to get back to hiking in the mountains with her kiddos and playing her music again.

Blood Vitality wasn’t just a one hit wonder with Sarah. Another patient, we’ll call Christina was a mother of two, a real estate agent who was told by her doctor that she needed to get a blood transfusion due to her low iron levels. Even her hemoglobin and hematocrit was depleted and she wasn’t able to work because of her low iron levels.

She came to me for a second opinion even though her ferritin was at one. She started taking Blood Vitality and over the course of four weeks her levels went up 1600 percent. Every patient that I would have previously given an iron infusion to has responded to Blood Vitality and not in six months but most in weeks. They not only get their numbers up but more importantly they get their lives back.

Sarah has now gone on some crazy hunting and hiking trips. Instead of sitting in the truck while her friends and husband are out hunting, she goes with them because she doesn’t get out of breath like she did before. She’s even able to work out again.

Skip the iron infusion side effects and talk to your doctor about Blood Vitality – a specialized hydrolyzed whole protein matrix way of delivering iron with ease to your body.

Have you had an iron infusion? I would love to hear about your experience in the comments below.

1 thought on “Iron Infusion Side Effects”