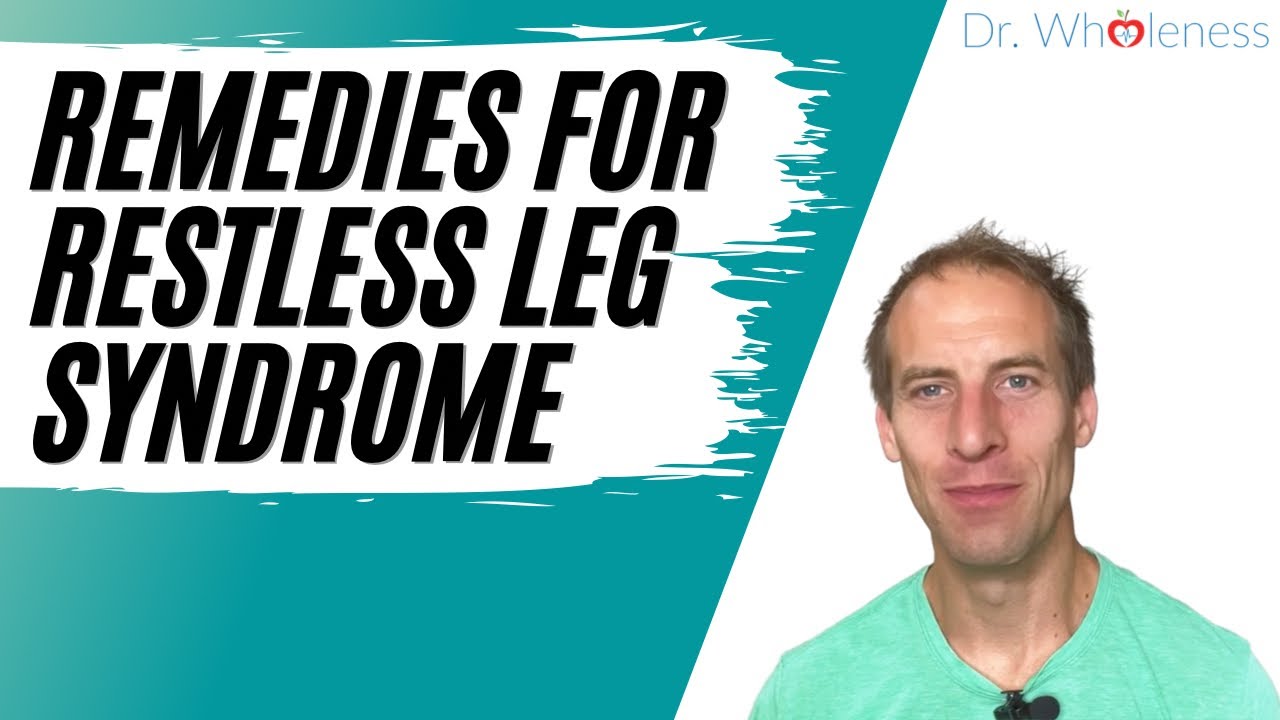 Contrary to popular belief, restless legs syndrome is not just an electrolyte issue, or an imbalance of calcium or magnesium, so what are some other remedies for restless leg syndrome?

Before diving into the remedies, let’s consider some of the lifestyle habits, substances, and medications that can promote restless leg syndrome.

For some, just reducing or eliminating these factors may be all that’s needed to eliminate restless leg syndrome.

If you have decreased your caffeine, smoking, and alcohol intake, started exercising on a regular basis, and tried supplementing with electrolytes and magnesium yet you’re still experiencing restless leg syndrome then you may want to look at supporting dopamine activity.

Tyrosine, which you may have heard of in relation to thyroid activity is the direct precursor to L-Dopa, which is then converted to dopamine. I have seen tyrosine supplementation be very helpful in cases of restless leg syndrome. Of course if tyrosine does help, this suggests that dopamine is out of balance.

In fact there is good evidence suggesting that restless legs syndrome is related to a dysfunction in a part of the brain called the basal ganglia.

In an otherwise healthy person, dopamine levels naturally have a downward trajectory towards the end of the day. This would be why restless leg syndrome is much worse in the evening and throughout the night.

Before diving any deeper here, I do want to mention that iron deficiency, underactive thyroid, chronic kidney disease, fibromyalgia, magnesium, phosphorus and calcium imbalances as well as sodium and potassium imbalances can propagate restless legs syndrome.

In thinking about iron deficiency leading to restless leg syndrome, consider that low iron levels in the blood can lead to a significant drop in dopamine. This may be why depression, anxiety are also associated with low iron levels. Find out how you can safely and effectively increase your ferritin levels in this post.

This difference between day time dopamine and night time dopamine, as well as other research showing that excessive glutamate activity being found in restless leg patients should encourage us to look at lifestyle habits as true cure for restless leg syndrome.

So, low brain iron can be a significant contributor to excess glutamate activity, so be sure to get your levels checked.  If your iron levels are good to go, then I would encourage you to look at your stress coping skills, digestion, stimulant intake (coffee, black tea, added sugars/flours, chocolate) and exercise routine.

I mentioned iron deficiency earlier, and one thing that can affect one’s capacity to absorb and utilize iron is the level of a protein called hepcidin in the blood.  When hepcidin is elevated, it signals the body to not take up iron.

But many people are iron deficient but have high hepcidin.  The reason being is that they have high inflammation and poor liver detoxification.  Hepcidin levels are shown to be elevated in many restless leg syndrome patients.  So, the need to look at supporting phase 1 and phase 2 detoxification in the liver, cleaning up one’s lifestyle both on the physical and mental front and looking for any potential avenues of excess inflammation or underlying chronic infections would be of high value.

Now as we are going along today, it can feel like restless leg therapy is getting more and more complex, which it is.  However, many people will see great results with hydration, exercise, iron, magnesium, tyrosine, even L-theanine which I have discussed in a previous video as a remedy for sleep.

L-theanine can decrease the excess glutamate activity which can potentiate restless leg, as well as increase GABA activity which supports the parasympathetic, rest relaxation response of the body.

Have you experienced restless legs syndrome? I’d love to hear about it in the comments below.