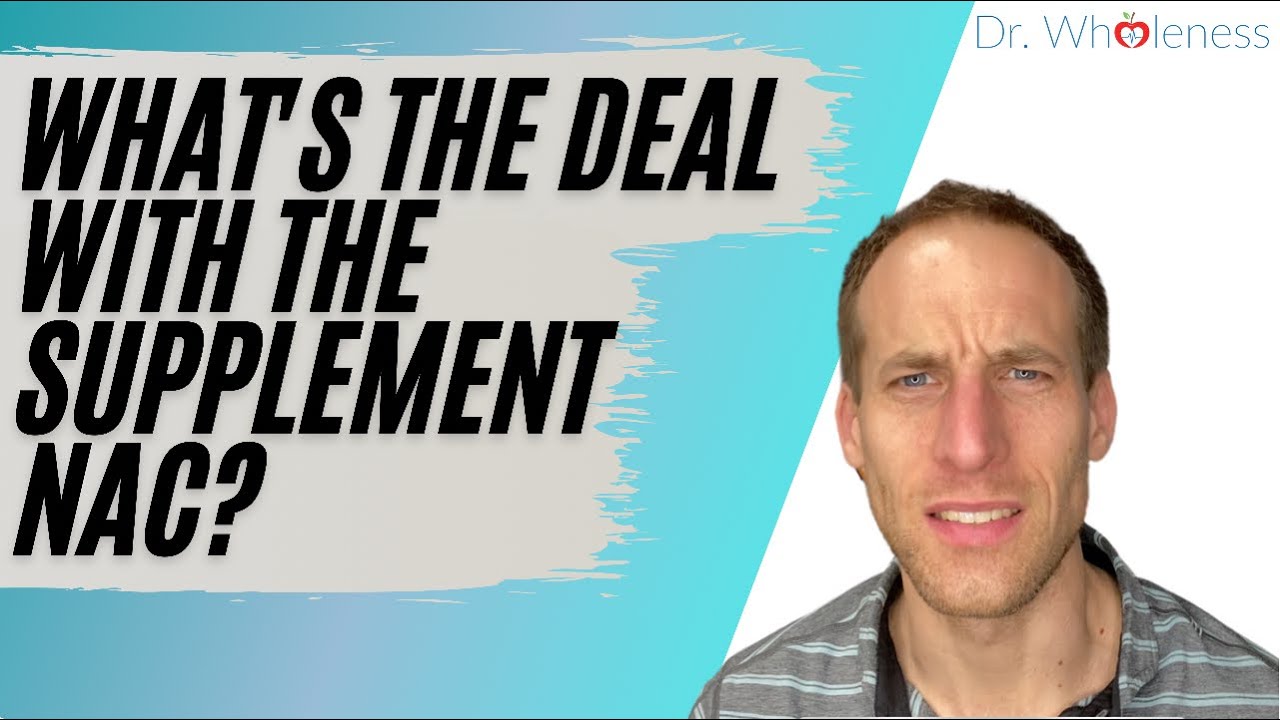 There’s been so much discussion lately about NAC that I thought it was worth highlighting the benefits of the supplement NAC. This simple amino acid has anti-inflammatory, antioxidant, antibacterial, antiviral, and anti-cancer properties.

So much of its awesomeness comes from the fact that it increases glutathione levels. You may have heard of this mother of all antioxidants and detoxification in our body. The ability of NAC to promote glutathione production allows it to benefit the body in a comprehensive way.

NAC is safe and effective

NAC has been used for many years with an extremely high safety record.  In fact there are writings dating back to 1962 in which they talk about its benefits at the American Association of Thoracic Surgery Annual meeting.

In standard medicine, NAC is most commonly used for acetaminophen or Tylenol toxicity.

If a person is given very high doses of NAC within a short time of overdose they have a very high chance of saving their liver.  Along with helping with Tylenol toxicity, NAC has been shown to decrease liver and kidney toxicity related to Cisplatin therapy, which is a commonly used chemotherapy medication.

In my own practice the most common use I see, given that I aim to keep patients far away from Tylenol, is in upper and lower respiratory infection and chronic respiratory illness like bronchiectasis and COPD.

The reason why NAC acts as a mucolytic, is that it can break the disulphide bonds between the glycoproteins in mucous.  Essentially it is thinning the mucous, making it easier for the respiratory track to clear the mucous and the infection that is causing the over abundance of mucous production.

When mucous isn’t cleared efficiently, the opportunity for bacterial infections sets in which can greatly complicate respiratory illness.  Inhibiting infectious colonization of the respiratory tract is paramount to to keeping yourself out of a situation that require high level interventions, oxygen, steroids, and hospitalization.

Several studies have shown that 1200mg of NAC daily reduced rates of COPD exacerbations, increased pulmonary function and decreased the number of hospital readmissions.  Now if you are a person dealing with chronic respiratory disease, you understand first hand how big a deal this is.

Even in the acute arena, one study showed that when elderly people consumed 600mg daily of NAC for 6 months they decreased symptoms and severity of the flu.  Not only that but 79% of people in the placebo group become symptomatic with the flu, whereas only 25% in the NAC group developed symptoms.  That is huge.

When people have chronic or acute sinus or lung conditions, glutathione is used and resources for its production become depleted.  NAC can come in and get this antioxidant built back up.

The process of infection is associated with heavy oxidation and inflammation, if we are missing our major antioxidant support and inflammatory clearer in glutathione, we are in trouble.

And to think people take Tylenol or other symptom reducing medications that lower glutathione levels. This is rarely a good idea as they are only making it more challenging to clear the infection.

Beyond the respiratory track, women with PCOS who were given 600mg of NAC threes time per day had significantly less menstrual irregularities, showed decreased free testosterone, and insulin levels.

And not to leave the gentleman out, there are other studies showing that NAC improves sperm motility and quality as well as decreasing the break down of sperm DNA.  Given the growing issues of fertility in men, related to sperm, NAC is something to talk with your doctor about.

NAC is more important now than ever

Our lungs are taking in the external world nonstop via the act of breathing.  As you probably noticed, our air quality isn’t getting better with each passing year.

We inhale smoke, pollen, dust, viral particles, bacteria, all manner of pollutants from cars, perfumes, furniture, paint and the list goes on.  It is imperative that our lung antioxidant capacity is tip top, which of course NAC is fantastic at supporting.

Now there is no dietary supplement that can prevent being infected by a virus, at least none that I am aware of.  So we are not going to stop viruses from showing up in our bodies.

However, when viruses do show up or we come in contact with others who are infected with a virus, we want our body to respond optimally.

It is vital given the aggressive nature of some viruses these days, that we accumulate every health advantage we can. I believe in looking at the research and in my own clinical experience with 1000’s of patients that NAC is an invaluable tool for us to have in our arsenal. Check out the supplement NAC here.

Have you tried NAC? I’d love to hear about your experience in the comments below.

1 thought on “The many benefits of the supplement NAC”